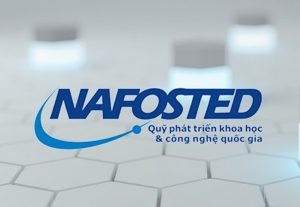 On 13 January 2017, National Foundation for Science and Technology Development (NAFOSTED) held a conference in Hanoi to evaluate basic research projects in Natural Sciences and Engineering 2017 program. Attending the conference were representatives of the Board of Trustees, Executive Office and members of the 2015 – 2017 Scientific Committees in Natural Sciences and Engineering. 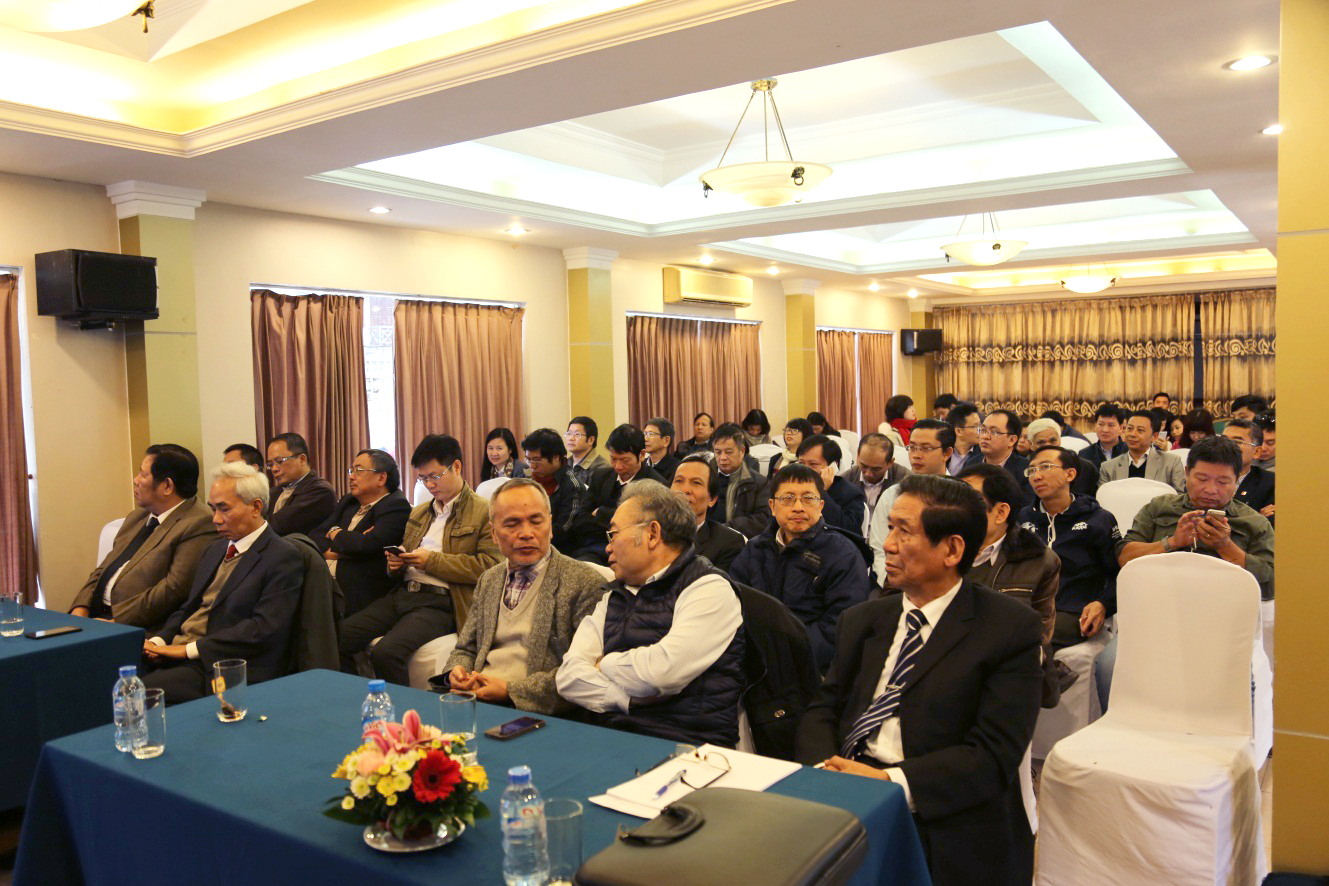 Speaking at the opening ceremony, Dr. Do Tien Dzung – Director of NAFOSTED Executive Office presented some results in 2016 and orientation to implement the proposals evaluation of the first call of 2017. According to statistics, in early 2016, for the fields of natural sciences and engineering, NAFOSTED has received 401 proposals, evaluated and selected 383 proposals, approved funding for 210 projects. NAFOSTED has also signed contracts with 239 projects of 2015; evaluated periodically 306 projects; evaluated the outcomes of 201 basic research projects in natural sciences and engineering. As for the results from 2009 – 2013, the number of research has been evaluated was 871 projects; the number of accepted research was 775 projects; and the number of ISI articles had been recognized by the Scientific Committees has been 2564 articles.

To summaries the operation of NAFOSTED in 2016, the Executive Office’s director assessed that NAFOSTED had contributed to the development of human resources and the improvement of science and technology productivity. The number of supported/ funded scientists and projects is large, and they carried out superior scientific outcomes, contributing a large share to the international publication in both volume and quality.

From 2017, NAFOSTED will continue to focus on and improve the quality of research (international publication); to sponsor for the strong research team; to receive proposals twice a year; to support scientific activities to enhance national S&T capability and to strengthen international research cooperation. In the first call of 2017, NAFOSTED received 303 proposals, evaluated and selected 294 proposals. Statistics show that the 2017 registration tends to be more balanced than in the previous period in terms of the rate of proposal by regions, the ratio of proposals between universities and research institution, the proportion of PI in term of genders. In 2017 particularly, the rate of PIs who are under 40 years-old is around 60%. It illustrates the trend of NAFOSTED’s support for young research groups with high professional capability.

During the discussion, members of the scientific committees in Natural Sciences and Engineering provided some comments and contributions on the operation of NAFOSTED. They also admitted that NAFOSTED has been created a favorable research environment and contributed toward an increasing proportion of international publication in Vietnam. Regarding to the operation of NAFOSTED, members of the Scientific Committees including Prof. Dr. Nguyen Duc Chien, Prof. Dr. Nguyen Van Hieu, Associate Prof. Dr. Nguyen Van Lap, Associate Prof. Dr. Pham Van Hung, Assoc. Prof. Dr. Dong Van Quyen have discussed on funding allocation in details for each sector; the factors directly affect selection process, such as the method of evaluating the topic in accordance with changes in the financial mechanism (Circular 27 and Circular 55); conditions for joining the research team; the role of the foreign scientist in the research team; online meeting format. Prof. Dr. Dinh Dung, Prof. Dr. Nguyen Huu Viet Hung, Prof. Dr. Nguyen Huu Du proposed a number of directions such as increasing the number or quality of research results; principles of updating prestigious ISI journal, national journal categories; and strengthen international cooperation.

Dr. Do Tien Dung – Director of Executive Office discussed about the policy management method that NAFOSTED is applying, which is aligned with the recommendations of scientists about improvement the quality of projects funded by NAFOSTED. The comments will be recorded and researched by the Board of Trustees in order to improve the performance of NAFOSTED. 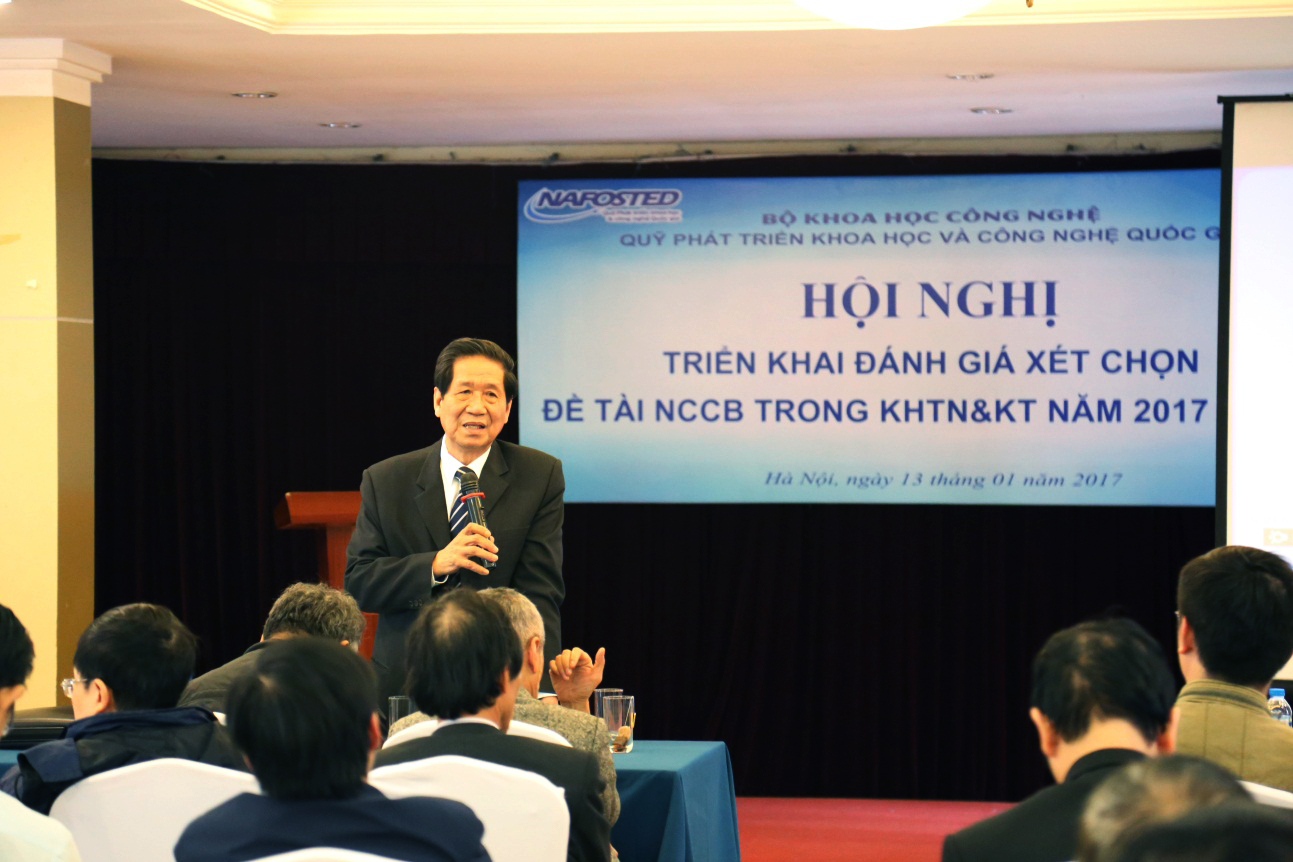 Mr. Nguyen Doan Thang – a member of NAFOSTED’s Board of Trustee – gave a speech

At the end of the meeting, Mr. Nguyen Doan Thang, Member of the Board of Trustees, highly appreciated the performance of NAFOSTED in 2016. The monitoring and evaluation activities were carried out regularly, ensuring the progress of funded projects as well as getting over difficulties and obstacles in the implementation process. The direction in which NAFOSTED will operate in 2017 is to maintain the quantity and improve the quality of selected research, and to evaluate results, such as the impact of funding programs and support for development of sectors and socio-economic of the country.