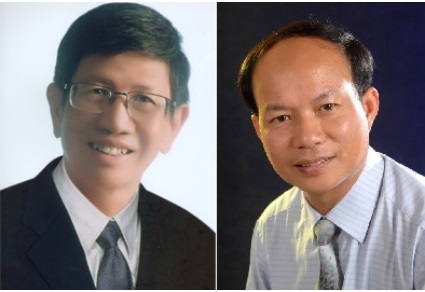 Prof. Dr. Phan Quoc Khanh is an expert in optimization theory. His doctoral thesis was in 1978 and Doctor of Science in 1988 at the Institute of Mathematics, Academy of Sciences of Poland. The results of his research led to important developments in the field of vector optimization, equilibrium problems and variation inequalities. He is currently Vice Chairman of the Vietnam Mathematical Association.

Prof Dr Hoang Xuan Phu conducts researches in the fields of control theory and optimization as well as their analytical applications. His doctoral thesis was in 1983 and doctor of science in 1987 at the University of Leipzig, Germany. He is currently editor in chief of the Journal of Mathematics and a member of the Committee for Developing Countries (CDC), a sub-committee of the International Mathematical Union (IMU-CDC). Prof. Dr Hoang Xuan Phu has also an academician of the Heidelberg Academy of Sciences and Humanities and the Academy of Sciences and Humanities, Bavaria, Germany.

Prof Dr Phan Quoc Khanh is currently Vice President of the Mathematics Science Council under the National Foundation for Science and Technology Development (NAFOSTED). Prof Dr Hoang Xuan Phu was also a member of the council in the previous tenure.

NAFOSTED would like to send congratulations to the two Prof and Dr Phan Quoc Khanh and Hoang Xuan Phu for the election.